Laboratory CFD modeling was used to guide HVAC design team towards an efficient and safe design. Design changes as a result of the CFD modeling included: moving return chases down to floor in areas where there is a potential for spills and supply diffuser locations were moved.

Wind Wake Dispersion modeling was used to determine potential for laboratory stack re-entrainment. The resulting modeling showed that under a specific wind direction that the exhaust was attaching to the curved roof - which is a phenomenon that they were observing in the field as this model was created after the building was constructed. 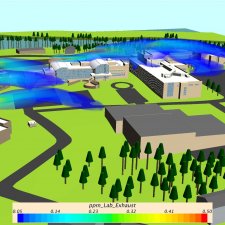 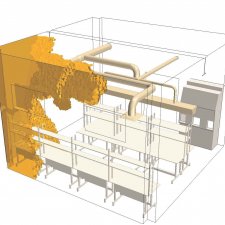 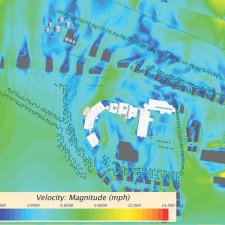 Binghamton University
LEED Gold Certified Energy Services
Have a question or want to discuss a project? contact us