Since the building is continually in operation and space heating was needed, we were challenged with providing uninterrupted, seasonal temperature control.  All equipment and material was cataloged, purchased and stored before construction began, to mitigate any issues with procurement.  The heating system was taken down in mid-May and running and commissioned by early September.

The existing boilers were installed in a sub-basement with no access to the outdoors with the exception of a small area way used for combustion air.  Due to the historic nature of the structure and the iconic exterior, a means had to be determined by which to rig the equipment into the boiler room without affecting the facade.  The existing area way was enlarged below the sidewalk level on the first floor and then later restored to its original size.  The steam boilers were delivered in segmented pieces and rigged through the area way as was a majority of the ancillary equipment.  Mechanics from the boiler manufacturer were on-site to assemble and test the boiler, under the supervision of an independent ASME and Boiler Underwriter inspector. 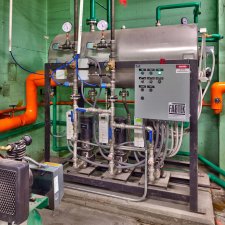 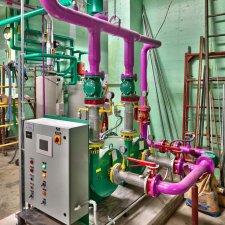 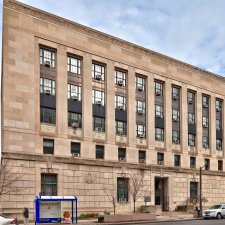 Finger Lakes Community College
Student Services Center Addition
Have a question or want to discuss a project? contact us