Construction of a 320,000 SF Pasta Production Facility and Pasta Distribution Center in Avon, NY.  This facility is producing over 40,000 lbs. of pasta per day and serves the entire East Coast region.

This Design-Build project received a Merit Award from the Design Build Institute of America for Industrial/Process projects greater than $25M.  M/E was retained in early July, 2006. Contract documents were released in the middle of September, 2006 and the facility was ready for production equipment installation by the end of February, 2007. 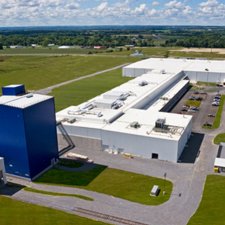 Resorts World Catskills
Hotel and Casino
Have a question or want to discuss a project? contact us