Many of our clients wish to have a wind study performed for their projects. Various methodologies are at the disposal of engineers and architects to evaluate the interactions between the buildings they design and the exterior environment. In addition to CFD techniques, the other methodologies include relatively crude hand calculations like those outlined in the ASHRAE Fundamentals, several commercially available software approximations using Gaussian solvers (e.g. - AERMOD® or CALPUFF®), some Lagrangian software packages such as AUSTAL®, and scaled models in wind tunnel studies.

CFD offers several advantages over the competing methods.  For instance, CFD solves for the actual physics involved in a domain rather than simply approximating the physics. CFD provides the ability to use heated surfaces such as roofs, parking lots, or building walls and simultaneously use ambient air temperatures that are different from the surfaces. Further, CFD allows the user to define hot, cool or neutral temperature discharges from stacks and will account for natural temperature variations, turbulence and wind speed as a function of elevation. The CAES Group of M/E Engineering employs proprietary techniques to adjust wind speed profiles with rolling topology and incrementally change the wind direction (or speed) into one transient run, essentially creating a virtual wind tunnel. Once the model is built, it is simply stored on hard media indefinitely unlike the physical models used in wind tunnel studies that may require warehouse space. Finally, CFD techniques are significantly less expensive than wind tunnel methods and can be built or changed much quicker than physical models.

The results from CFD wind models are highly intuitive and can show a broad array of solved variables such as wind velocities and patterns, dispersion of numerous chemicals simultaneously, temperature profiles, wind pressures, and even the depth of snow drifting during a snow storm. 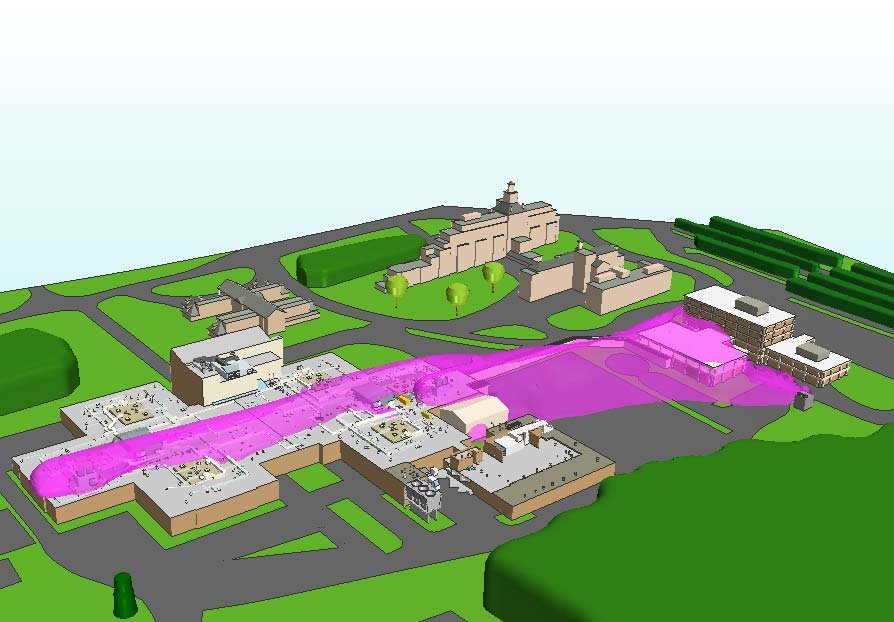 Isosurface cloud of odorous gas discharged from a roof exhaust 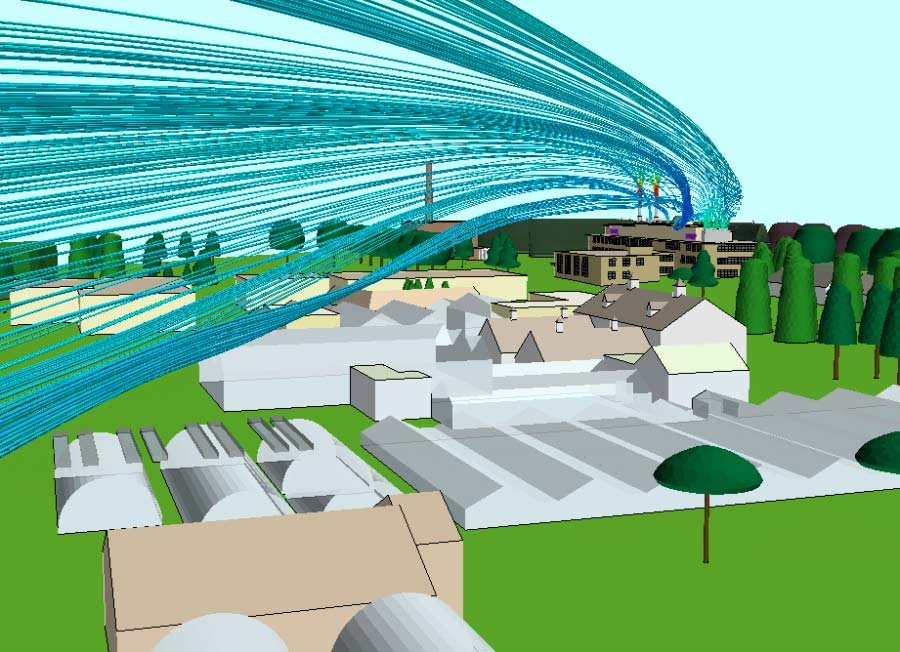 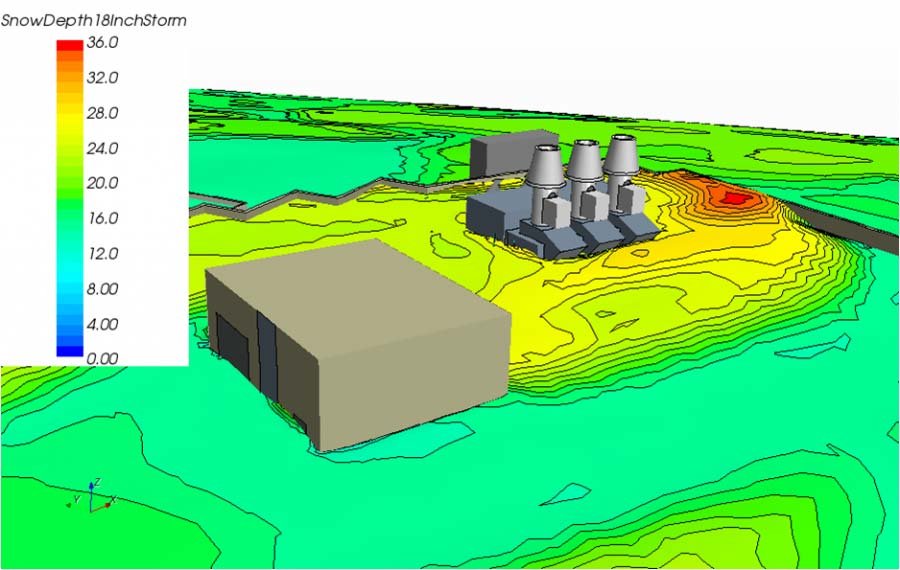 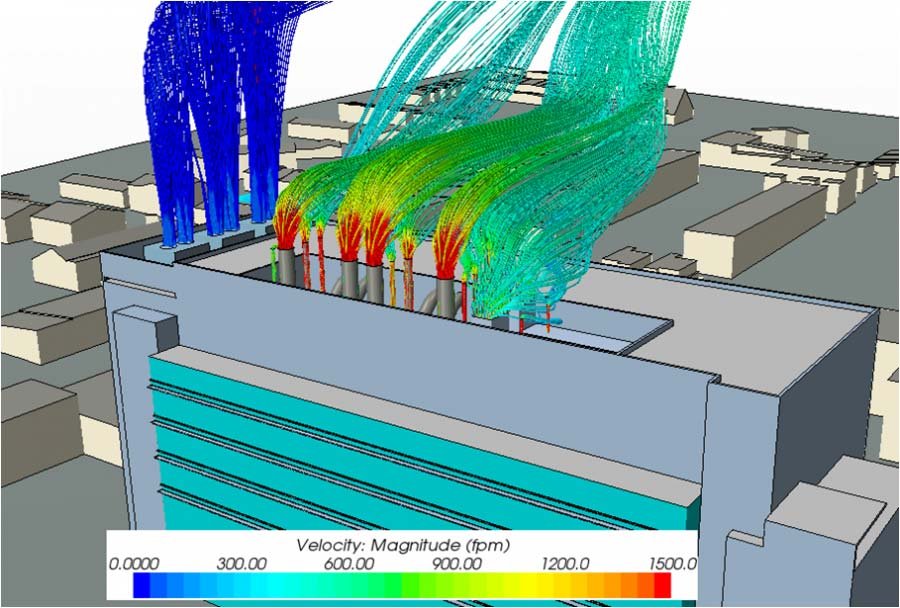